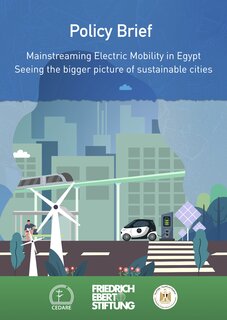 Human kind is currently facing the greatest challenge of survival on the planet, namely, the climatic changes caused by global warming, which occurred as a result of the industrial revolution and the subsequent emissions, which constitute the main reason for health problems caused by air pollution, as well as desertification, rain scarcity and water scarcity in many parts of the world.

Pollution from transport is among the largest source of emissions in the world, personal cars and buses are a significant part of this pollution.

This policy brief is the outcome of the cooperation between the Friedrich-Ebert-Stiftung (Egypt Office), The…