Egypt is one of the developing countries that is extremely vulnerable to climate change threatening its economic, social and environmental sustainability especially water, energy and food security. 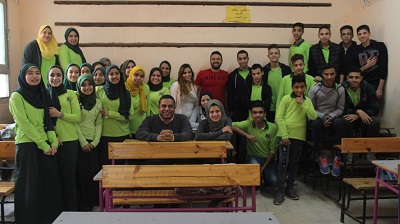 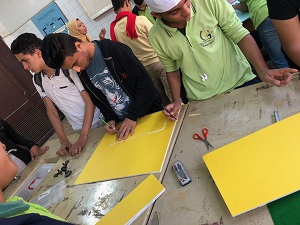 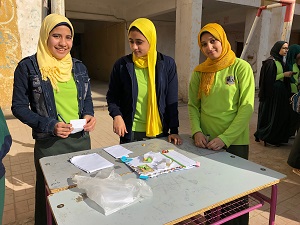 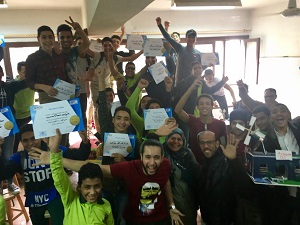 Declining precipitation levels and changing weather patterns are slowly but steadily making a difficult situation worse, especially in the area of food and water. Developing countries are particularly affected by climate change as they are mostly located in regions that are more susceptible to its impact. In addition, they typically lack the financial resources and technological expertise for adaptation to climate change or its mitigation.

The Friedrich-Ebert-Stiftung in cooperation with WESC (Wadi Environmental Science Center) organized series of workshops on Renewable Energy and Climate Change in schools, which were held in Abu El Nomros in Giza, September – December 2018.

The objective of this project is to educate youth from marginalized areas and train them as “agents of change” to take an active lead in their society and thus, serve the Abu El Nomros community. In order to reach this goal, WESC developed a sustainable environmental science program and experimental curriculum on climate change.

This project aimed at working with high school students on different phases.

Phase I "Core Trainings": WESC provided the 300 high school students with core training on “Climate Change.” The focus was on air, land and water. The training also had elements on stewardship values, as well as active citizenship. By the end of phase I, the students had basic information on the problems, risks and mitigations of climate change in the world, generally, and Egypt, specifically. They have also identified issues to be addressed within their local community.

Phase II "Specific Trainings": WESC provide the 300 high school students with specific trainings according to their interest. This took place in the form of science fair though having Educational Games, Visual aids and Science/Energy Fair.

This site uses third-party website tracking technologies to provide and continually improve our services, and to display advertisements according to users' interests. I agree and may revoke or change my consent at any time with effect for the future.